London’s leading chefpreneurs are glorified for the quality of what they can dish up under our noses, night after night. But since we’ve stayed home (aside from the birth of the at-home restaurant kit) many have had to pivot their approach in new ways.

Using their kitchen skills as a tool for the greater good, the past year has seen some the city’s most renowned individuals lead with incredible initiatives. From playing their part to support our NHS heroes, key workers, and the local community; here we shine an important light on the ‘Chefpreneurs’ and their teams, which we are so very proud of.

The Hunter’s Moon in Chelsea opened its doors to Family Meal – a London-based charity that provides food for NHS staff, essential workers, and the disadvantaged. Chef Director, Oliver Marlowe, and Director, Hubert Beatson-Hird allowed Family Meal to use their west London space to provide over 1,000 meals per day to those in need.

With the help of a brilliant army of volunteers and many monetary donors, including Oliver and Hubert, Family Meal has been able to scale up and deliver many more cooked meals to our NHS heroes and those in need. 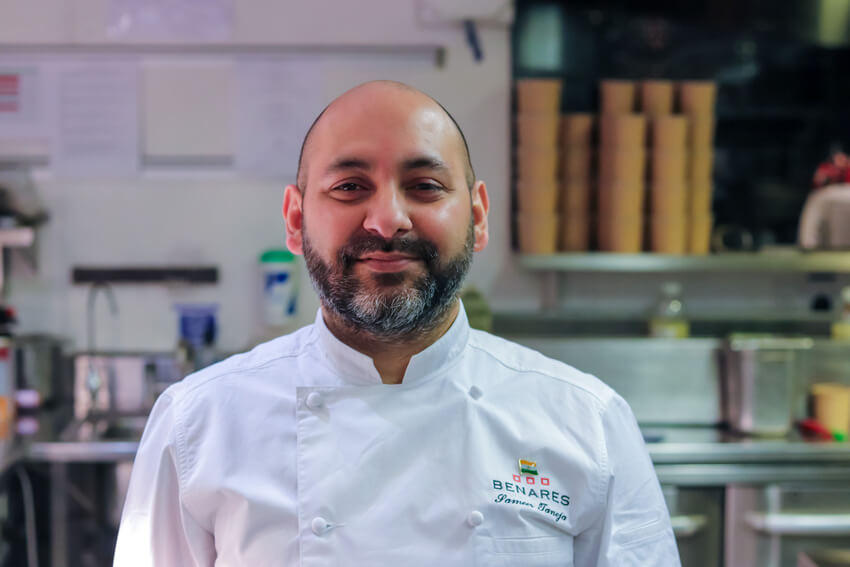 Fast forward a year and the team has provided an impressive 14,000 meals to the NHS and Emergency Services, whilst developing its @Home menu with special occasion boxes, tasting menus, and finish-at-home kits. 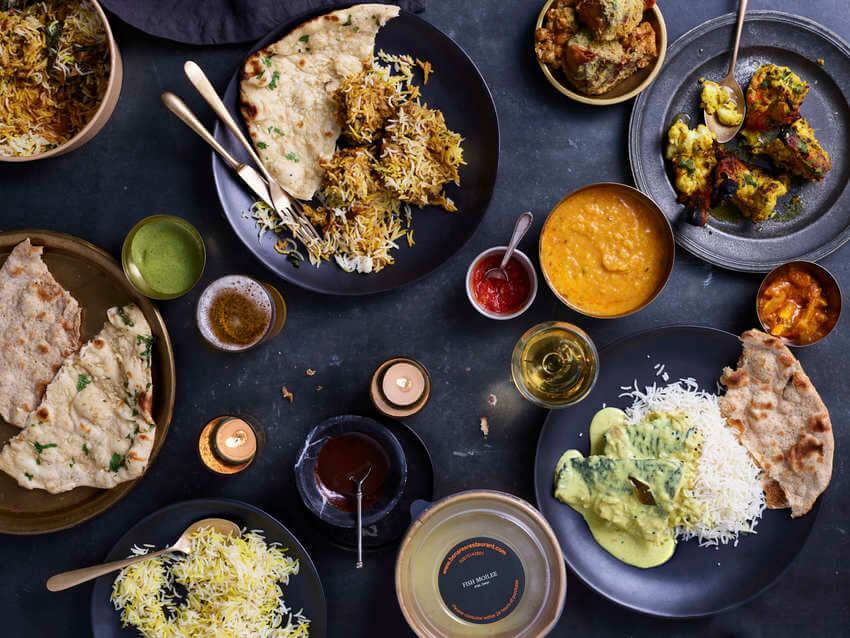 Hot meals were donated to hospitals across London and local medical centres, whilst the restaurant in London opened a complimentary drive-through lunch service for Emergency Service Workers.

Sally Abe, Head Chef of Michelin-starred gastropub Harwood Arms, has been giving back to society in the difficult conditions of lockdown. Working with Age UK, alongside her husband, she also provided meals to the NHS by working with the non-profit organisation, Hospitality for Heroes. 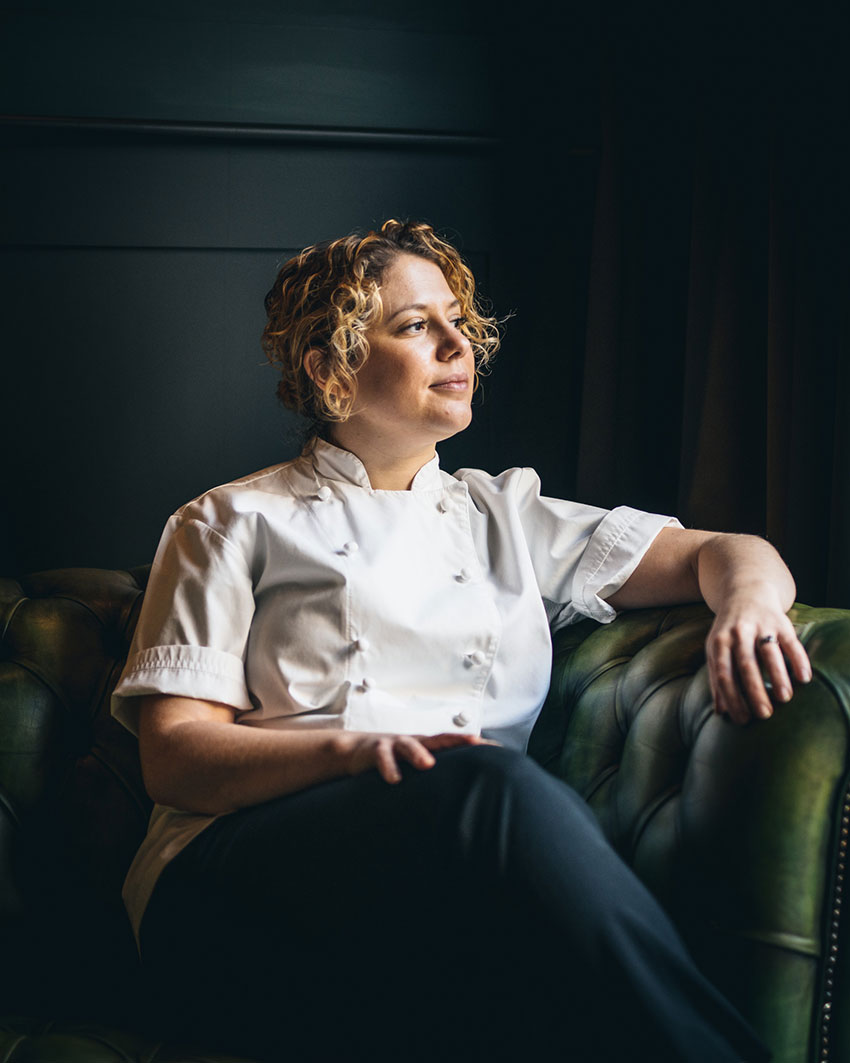 And it doesn’t stop there, on a mission to support those most in need during the pandemic, Sally also worked with the charitable organisation called Refettorio Felix which supports those most in need with mental health counseling and restaurant-quality food.

This iconic British chef has also been doing her bit to give back over the past year. The Michelin-starred Chef and her friend, Lulu Dillion have been helping to feed isolating NHS workers with hampers and restaurant-quality cooked meals, courtesy of donations and a team of volunteers. 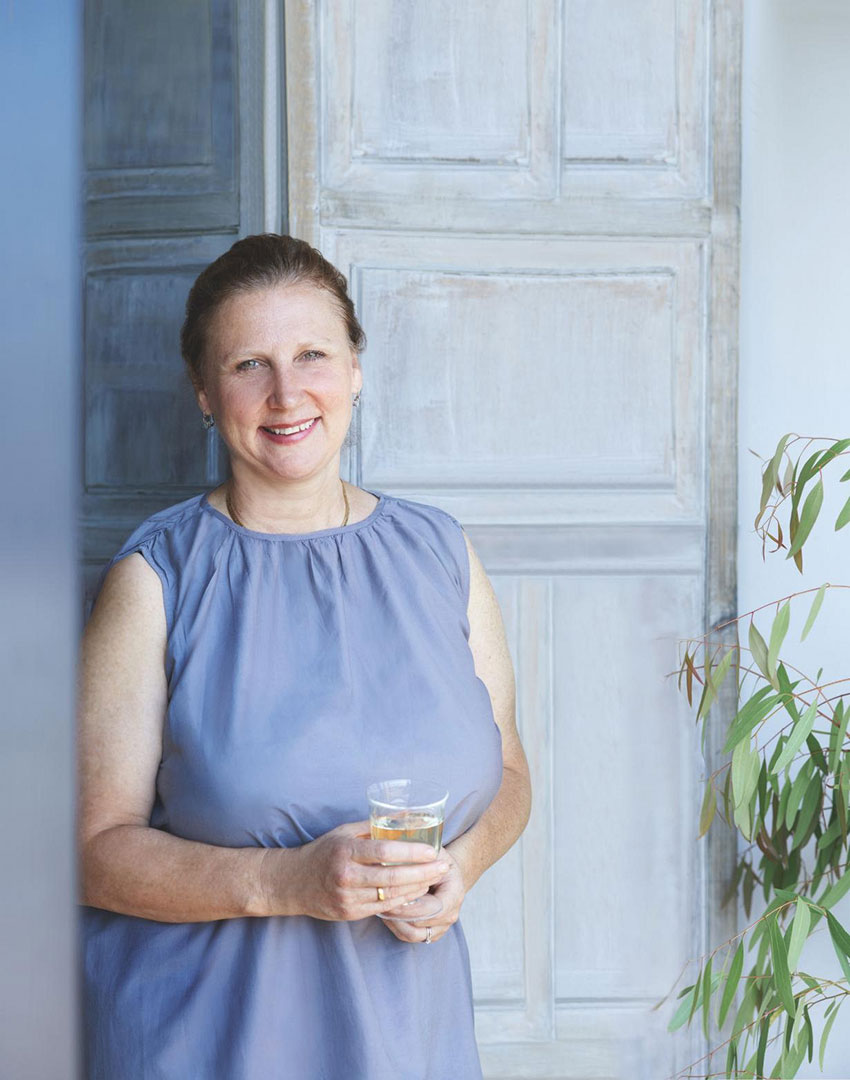 With panic buyers stripping the shelves of supermarkets, Angela knew someone had to look out for key workers. She and Lulu’s scheme dubbed ‘Cook 19’ has established a network of London hospitals of doctors from both Covid intermediary and ICU wards that help identify and locate colleagues most in need.

A way to unite people safely in the kitchen via social media, those who took part were asked to cook a meal in just five minutes, share a video of their cooking skills on social media and donate £5 to the Hospitality Against Homelessness with #fiveminutefeast. 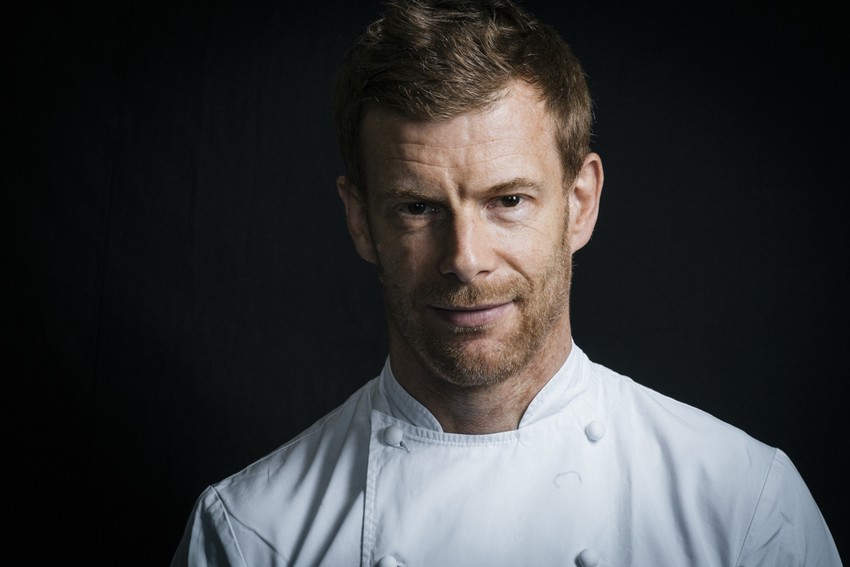 With over 200 participants, the campaign raised £5,000 for the charity. Chef Aikens will now be launching a book in the autumn featuring over 50 recipes from the general public and chefs with all funds donated to support the 250 vulnerable people in the hospitality industry.

With a mission to improve the health of children through better eating and food education is Nicole Pisani, who has co-founded Chefs In Schools. During the pandemic, Nicole and her team have welcomed dozens of chefs and kitchen staff who have stepped forward to cook for school children. 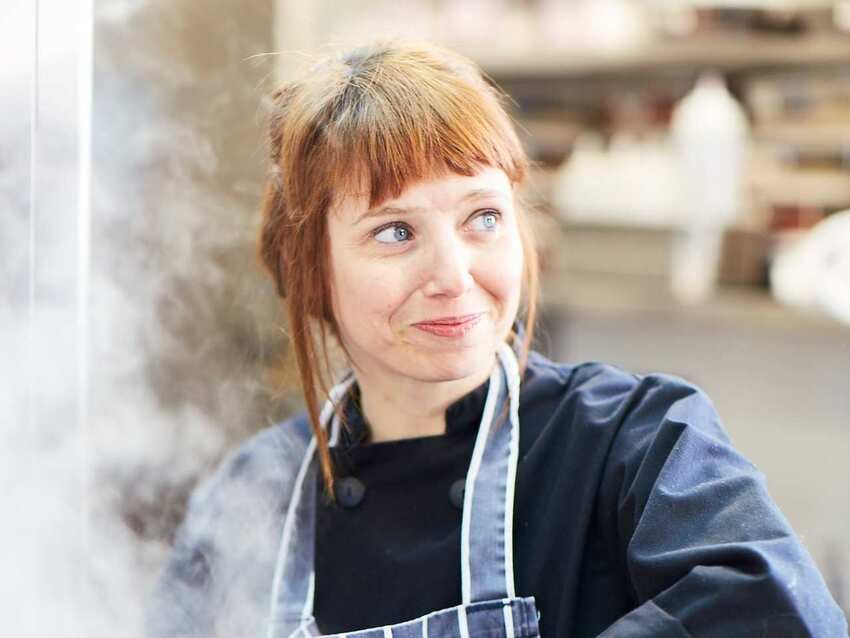 A charity whose patrons include Prue Leith, Rosie Boycott, and Yotam Ottolenghi, the team turned their attention to providing vulnerable children and those of key workers with ongoing access to ‘hot, nutritious meals every school day’ while schools were officially closed.

This was in tandem with food-sharing and surplus-food charities including Olio, The Felix Project, and Magic Breakfast, as part of a huge network across London.

The Celebrity Chef and Owner of three restaurants across the capital led live cook-a-longs on social media so we can make easy but traditional Italian dishes ourselves from home. 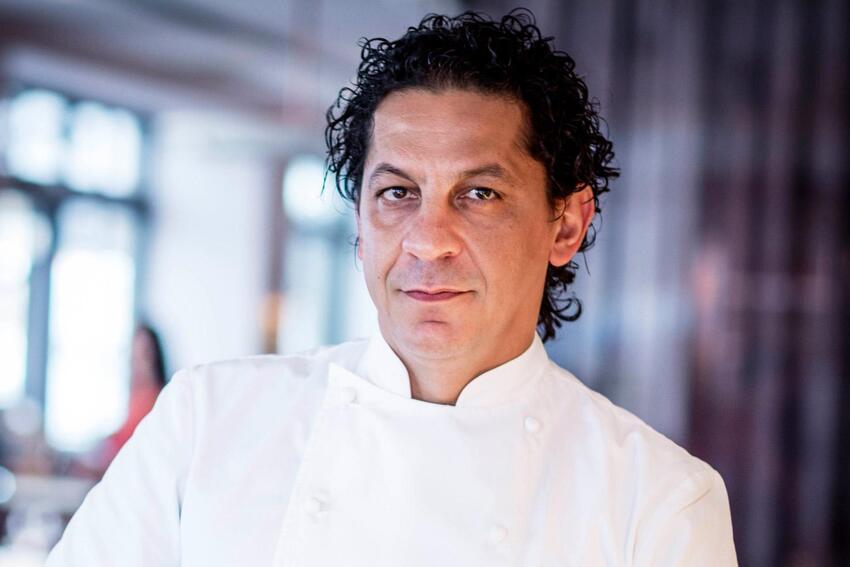 But this is just the start, as Francesco also decided to put himself to good use by preparing his popular dishes for medical staff on the front line, offering them the opportunity to take a well-deserved break with an expertly cooked hot meal.

Partnering with local NHS charity Heroes, Francesco and his team have prepared, packaged, and delivered over 800 meals which were sent to the canteen at Mile End Hospital for the staff of Barts Health group.

During lockdown Head Chef, Mirek Dawid of Blacklock has created Blacklock at Home, which supports a sustainable future for our planet. 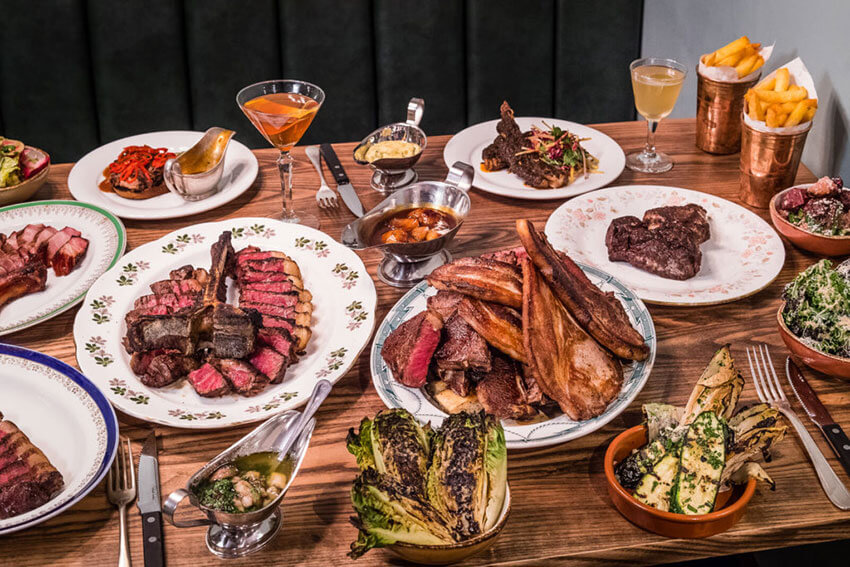 A food delivery service that allows us to devour a midweek treat or a Sunday roast comfortably at home. For every Blacklock at Home sold, they have planted a tree in their ‘Blacklock Forest’ which supports the regeneration of wildlife habitats.

Working with the ‘Help Them Help Us’ charity that feeds over 100,000 front line workers across London was D&D group’s Head Chef, Henry Osborn of Alexander & Björck – London’s leading catering company who prepared and delivered fresh meals daily to hospitals and NHS staff. 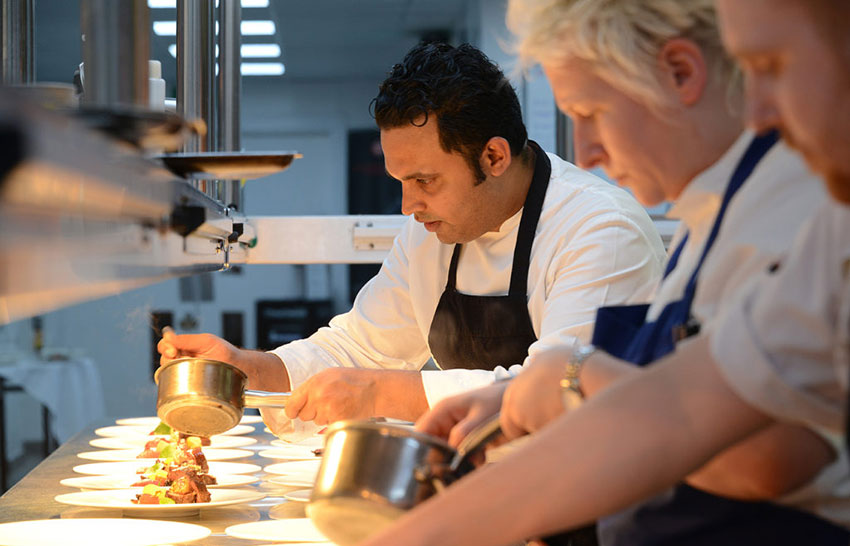 With the help of a team of volunteers from the D&D restaurant group, they also used the space of their French restaurant Le Pont de La Tour places to eat in London for Michelin-starred Chef, Larry Jayasekara and his team who prepared and delivered hot meals to the front line teams of University College Hospitals.

This website uses cookies to improve your experience while you navigate through the website. Out of these cookies, the cookies that are categorized as necessary are stored on your browser as they are essential for the working of basic functionalities of the website. We also use third-party cookies that help us analyze and understand how you use this website. These cookies will be stored in your browser only with your consent. You also have the option to opt-out of these cookies. But opting out of some of these cookies may have an effect on your browsing experience.
Necessary Always Enabled
Necessary cookies are absolutely essential for the website to function properly. This category only includes cookies that ensures basic functionalities and security features of the website. These cookies do not store any personal information.
Non-necessary
Any cookies that may not be particularly necessary for the website to function and is used specifically to collect user personal data via analytics, ads, other embedded contents are termed as non-necessary cookies. It is mandatory to procure user consent prior to running these cookies on your website.
SAVE & ACCEPT